January came in with a blizzard that brought a fresh blanket of snow to Falls Bridge and Bee and Erle’s place at Old Farm Road.

Bee had a court date.  She had finished her anger management counseling.  Jack had finished his immediately after the child welfare report.   They were to meet before the judge to determine whether they had satisfied their case plans or if the court needed to mandate any requirements or safety plans for their interactions.

Jack took the opportunity to say to Bee, that he was sorry for his part in causing disruption to the family.

Bee listened, but she felt that Jack was just trying to look good in front of the judge. 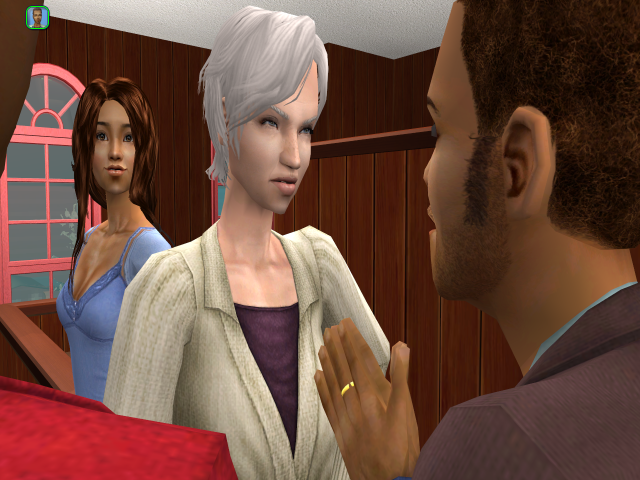 The judge ruled that there were no more restrictions on visitation, proximity, or for either of them to fulfill more requirements.

“But I caution you to be responsible for the safety of Oz and Lennon, and if that means you two cannot be civil, then stay away from each other,” she warned. 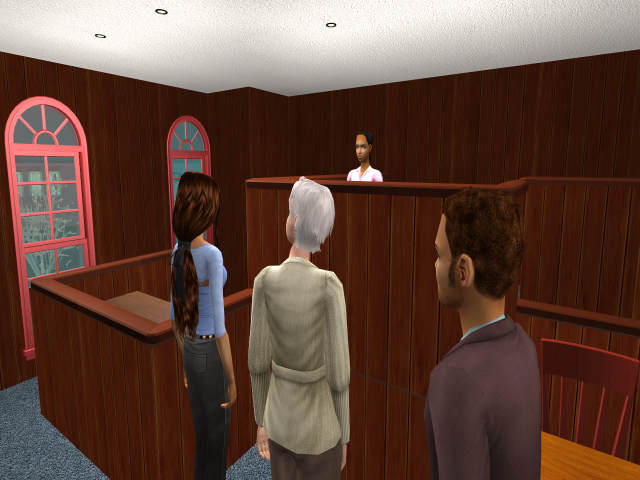 Bee returned home, still feeling that Jack was bad news and wishing that he wasn’t the father of her grandchildren.  Something about his smug face just made her want to slap him into next week.

It was dark, and the snow the storm had brought was already melting quickly, with an unseasonably warm wind that had come in right behind the blizzard. 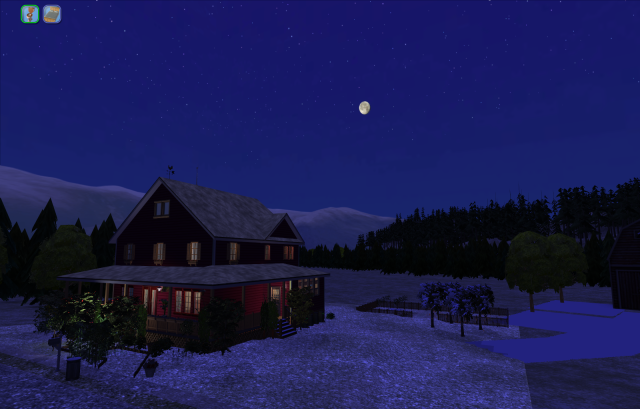 Bee and Erle’s spare time was quiet these days, since Karina, Jack, and the grandchildren, Oz and Lennon, weren’t living with them on the farm anymore.  Erle managed the General Store for Raine, but it ran well and since the holidays had ended, this was a slow season for business as well as farming.  Now that it was winter, Bee and Erle had to find things to do in the house.  Bee spent a lot of time playing the piano,

And the maintenance and winding of the grandfather clock had become the biggest challenge of Erle’s day. 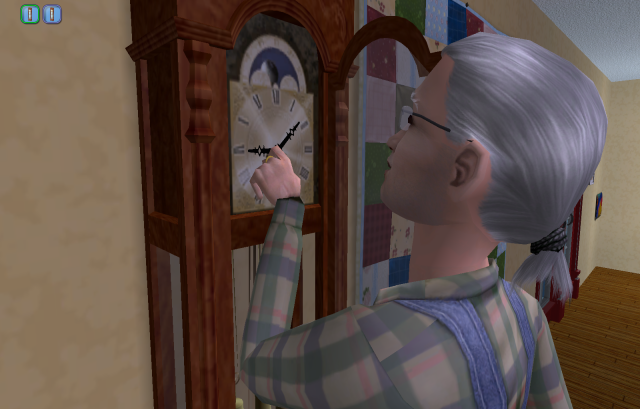 Bee researched piano tuning and took on the challenge of slowly getting the old strings back to proper tensions.

After the grandfather clock’s main spring exploded, Erle ordered a book on clock maintenance and the whole quest of Erle vs. the Grandfather clock became like a weird hill for him to die on.

It was at that level of ennui that Bee got a call from Micah one day, asking if Bee or Erle had any time to come help out at the farm, and if they wanted to come see the new baby, Declan.

Bee and Erle discussed it with anticipation, over their sandwiches at lunch.  Bee missed having her own grandchildren living with her, but she knew it was likely the best way for her to continue to get to see Oz and Lennon, that Karina and Jack have their own lives and home, separate from Bee.

So being able to help out Micah and Janie with their new baby was like a fresh start for Bee.

“And I can help with the baby or the farm, whatever they need,” Erle added. 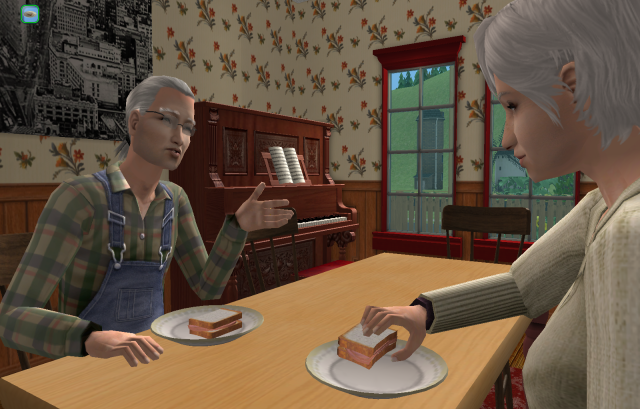 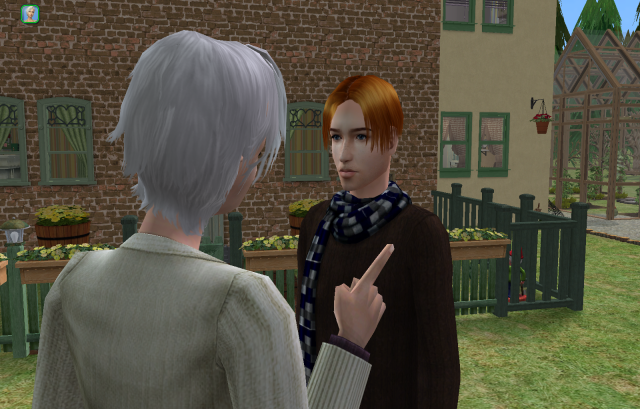 Bee was practically giddy.  “You leave it to me,” she said. 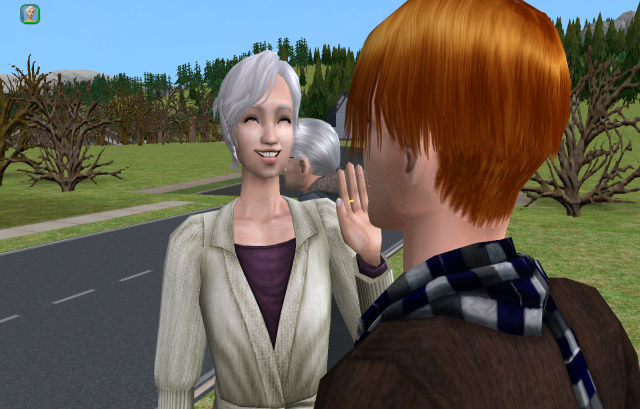 She drew a bubble bath for Janie,

Then went to care for Declan.  The little munchkin was just waking from a nap, and nuzzled into her neck as she cuddled him.

Then Bee told him, “time for a bath!”

Which brought back memories of Oz’s first bath. 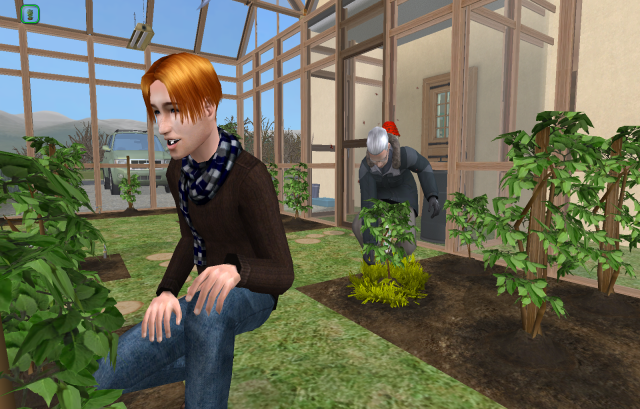 That evening, when they came back in for dinner, Janie was up, dressed, and showed Declan off to Erle.

Having others around to look after her, and Declan, made her feel more at ease than she had since Declan’s birth a few weeks earlier.

Janie realized she didn’t have to do this all by herself, and it was great to see Declan track Erle’s face, and seem to be mesmerized by his antics. 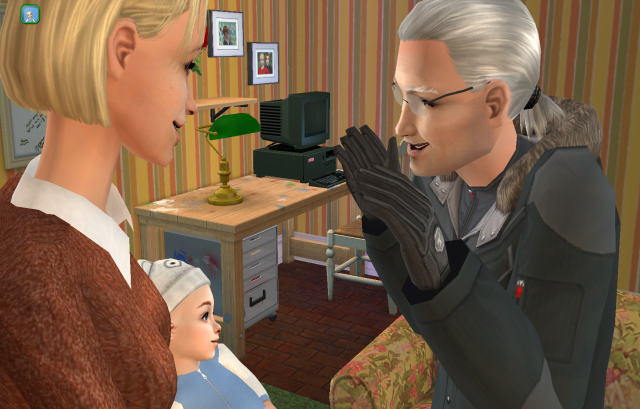 Karina called Bee, and dropped Oz off, too.  Oz regaled Micah with stories about Bruno Mars, after Micah asked if they were coming out to fish again in the spring.

“I don’t know if he would get along with Brownie,” Oz told Micah.  “Does Brownie like dogs?”

Oz was not sure how Brownie would react to Bruno Mars. 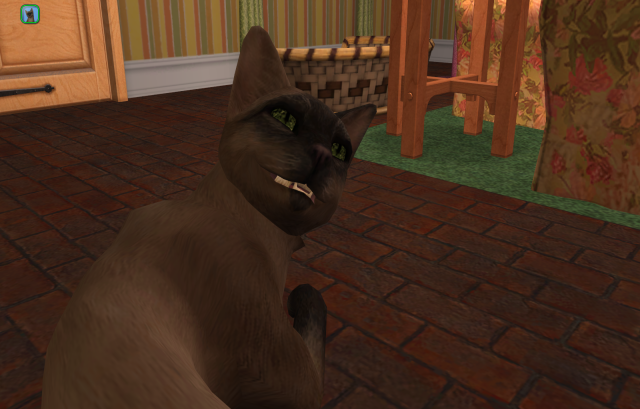 Bee had fixed dinner and called everyone to the table.

After dinner, Bee cleaned up while Janie nursed Declan.

The next morning, Bee and Erle went into the store early to do inventory before opening.

Erle didn’t really need Bee there, but she relished catching up on the latest news.

Even though she saw Cheryl Smith, the principal at the local school, every work day, she still chatted with her for a while.

On the way home from the store, they picked up their grandchildren, Lennon and Oz, to stay overnight.

Erle was so happy to have the children there.  He bathed Lennon.

And he put both the children to bed and tucked them in.   Then he checked on Oz after he’d fallen asleep.

Bee still hates Jack, after two years and completing her anger management.  I had them both come to the courthouse, to see how they’d interact after having anger management and the passage of time.  I had Jack apologize to her, and her apologize to Jack, but when left to her own choices, Bee had queued up to slap Jack.

After Bee took care of the cleaning up, cooking, and Janie was able to get a bath and a nap, they autonomously tried for baby.  I’m not taking her off her birth control yet though!  (I like Carla’s rule of thumb, after three times of autonomously trying for baby, she takes them off.) 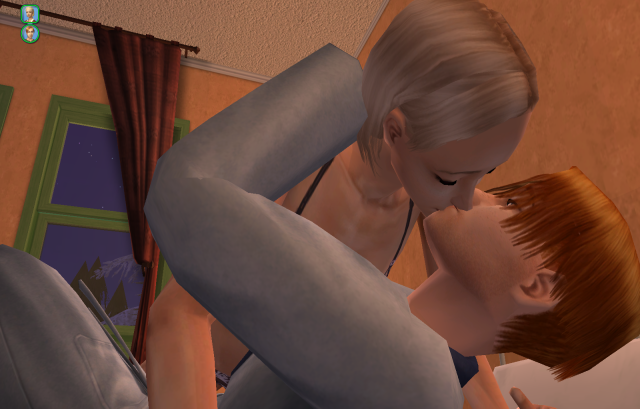 I played most of this before I started my new ‘hood, Ayre.

After organizing my downloads folder, fixing the memory issues, adding back the custom sky and adding some new default replacement trees, Falls Bridge got a face lift at the end of this session, but the testing and tweaking I did after playing caused some continuity issues with tree leaves, sky and weather.

I spent quite a bit of time this week working with Criquette’s Rural Charm set in Falls Bridge to replace the decorations around Bee and Erle’s farm.

Here’s an old shot, a “before” screenshot taken in lot view 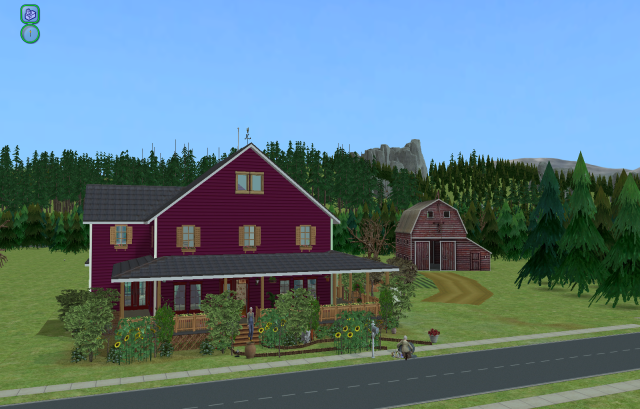 Here’s the neighborhood before, with the old decorative road set

And here it is with the rural charm (default replacement roads, plus decorative pieces in the lower left quadrant). 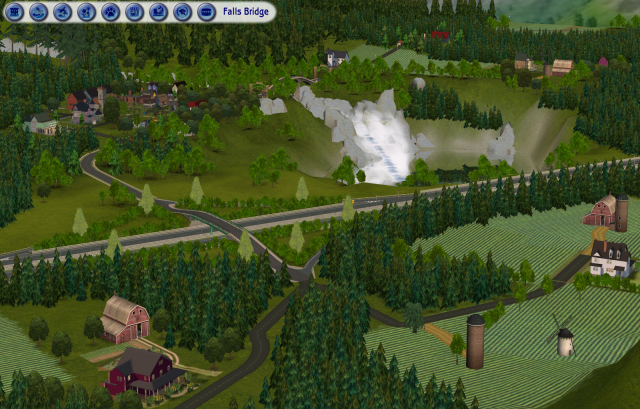 I still need to replace the bridges, and all the other areas of the map with decorative pieces that go with Rural Charm.  I also kind of dread opening the town lots because with the Rural Charm default replacement, the ‘hood sidewalks are gone and the lot roads won’t match the neighborhood roads. I’ll need to add sidewalks that came with the set by hand on every lot or adapt each lot without sidewalks.

You could use the Rural Charm pieces without using the default replacement road, if you wanted to.  If you have a city area in your neighborhood that would probably work best.  I am not currently playing anyone living in Grand Pass, the downtown part of Falls Bridge.

This site uses Akismet to reduce spam. Learn how your comment data is processed.